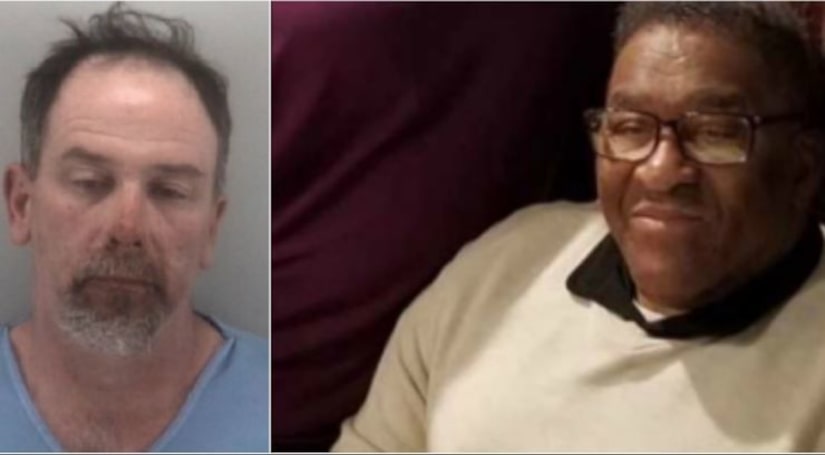 RICHMOND, Va. (WTVR) -- The man who beat an elderly wheelchair-bound man to death will serve 40 years behind bars with 12 years suspended.

Michael Kevin McReynolds of Chesterfield was charged with first-degree murder in June of 2018 after beating 80-year-old Johnny Battle to death while he sat in a wheelchair behind his home.

Battle's long-term partner Regatha Pair says that while her soulmate isn't physically with her, she carries his spirit 24/7 in her heart.

Even though Pair says the convicted felon hurled racial slurs with his fists and kicks, he was not charged with a hate crime.

The decision not to charge him doesn't sit well with her after she learned he had already been convicted of a hate crime towards an Asian man in 2003 in Vermont.

"First blow he hit Johnny in the forehead and called him the n-word and said something about it was his land and to stay away from his car, so I knew it was a hate crime then," Pair said.

McReynolds, a former military sniper, suffered from PTSD, according to his attorney.