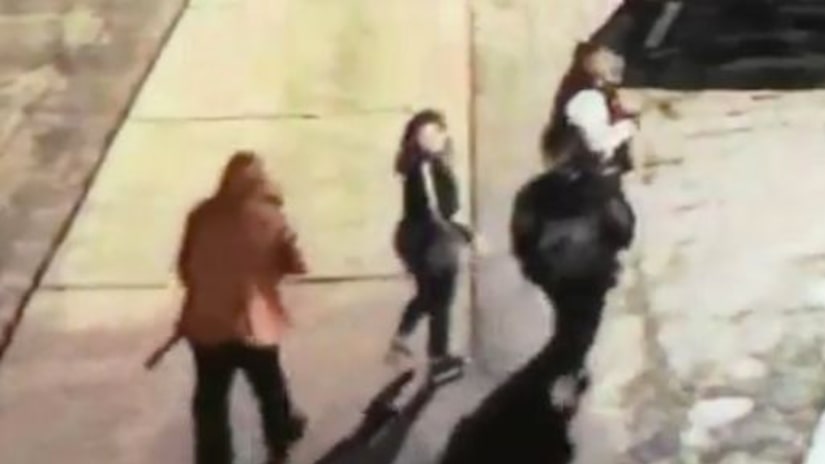 VAN NUYS, Calif. -- (KTLA) -- Police released graphic video on Wednesday showing a man being viciously beaten with a baseball bat during a robbery in the Van Nuys area earlier this year as they sought to identify the assailants.

The incident took place on Jan. 18 around 1:15 a.m. in the 5500 block of Sepulveda Boulevard, which is along the border of Sherman Oaks.

The male victim had met up with two women for sex at a Best Western hotel, a rendezvous that had been set up through the website backpage.com, according to LAPD Detective Peter Barba.

After, the three headed out to get beer. They were walking through the hotel parking lot when of the women motioned over a nearby man, according to a Los Angeles Police Department news release.

The man, wielding a wooden baseball bat, approaches and chases the victim around for a few moments, surveillance video released by LAPD shows. He hits the victim multiple times in the head with the bat, causing him to lose consciousness.