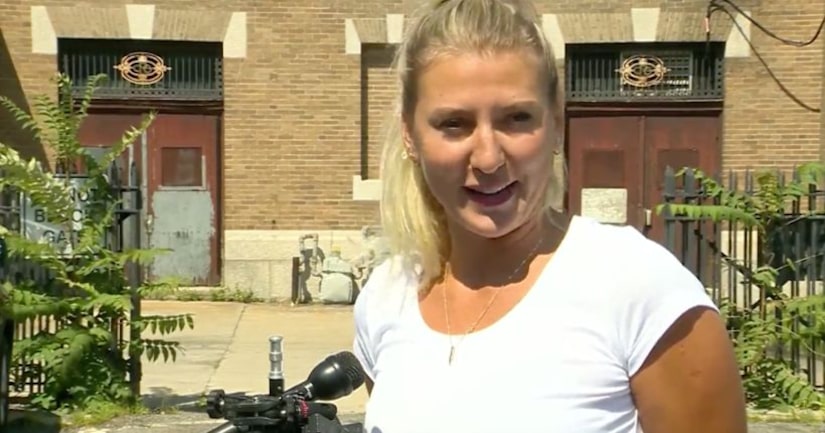 CAMBRIDGE, Mass. (WGHP) -- Surveillance video shows a mother and former member of the Israeli military chasing down a man who flashed her.

She caught him — and hopes the situation will send a message to other perps.

It was just after 6 a.m. This single mother had the wind in her hair and a smile on her face as she ran down Memorial Drive in Cambridge.

"Enjoying my beautiful day," she said. "I was thinking what a great day to be alive."

Then the unthinkable happened.

"He pulled his pants once, and you know, I didn't react too much," she said. "As he came closer, he pulled them again. Then I understood maybe it's not what I think it is."

She says the middle-aged man reached out to try to grab her and she flipped.

"Was not his lucky day cause I decided it's just not going to happen, and I decided to chase him down," she said."

Surveillance cameras were recording as she caught up to him, pinned him down for three to five minutes and implored people passing by to help.

"With all due respect, people, what does it look like? Romantic conversation? I'm holding him down yelling call the police. Like, people just choose to ignore," she said.

Frustrated, the Brookline mother reached for her phone to call 911, knowing her prisoner might get away and he did.

"Good for her. You know, I think she put the fear of God into that guy,” one state trooper said.

State police say they would've preferred she didn't tackle the alleged flasher, but this former member of the Israeli military says she doesn't put up with much.

MORE: Former soldier chases down man who flashed her; 'She put the fear of God in the guy' - WGHP