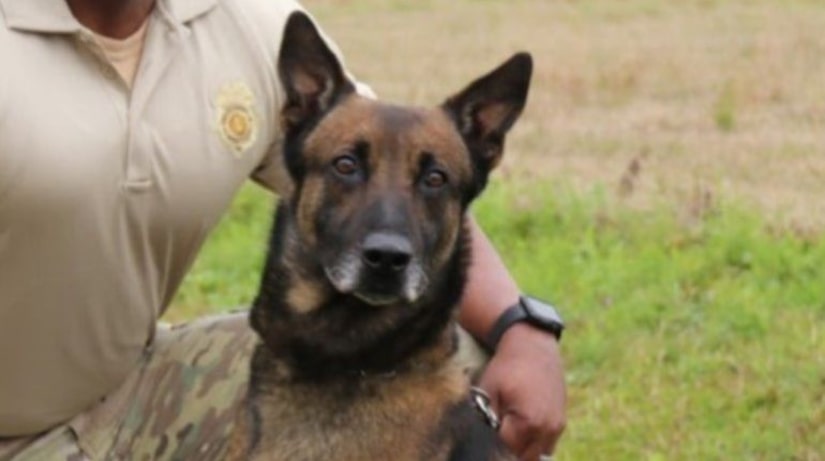 ELMORE COUNTY, Ala. -- (WHNT) -- A dog that sniffed a powdery substance and collapsed during a prison contraband sweep last week has died.

Jake and his handler, Sgt. Quinton Jones, were part of a three-team unit that was searching a housing dorm at Staton Correctional Facility in Elmore County last Thursday. He alerted on a substance during the sweep and became unresponsive, officials said. The Alabama Department of Corrections said they substance was synthetic marijuana.

The dog was taken to a veterinarian in the area and then later to the Auburn University Veterinary Clinic. He died there Saturday afternoon after developing pneumonia and abnormal vital signs.

“Jake was one of our best narcotics detection K9s,” said ADOC Investigations & Intelligence Director Arnaldo Mercado in a news release. “I ask that we keep Sgt. Jones and the ADOC family in our thoughts and prayers during this very difficult time.”