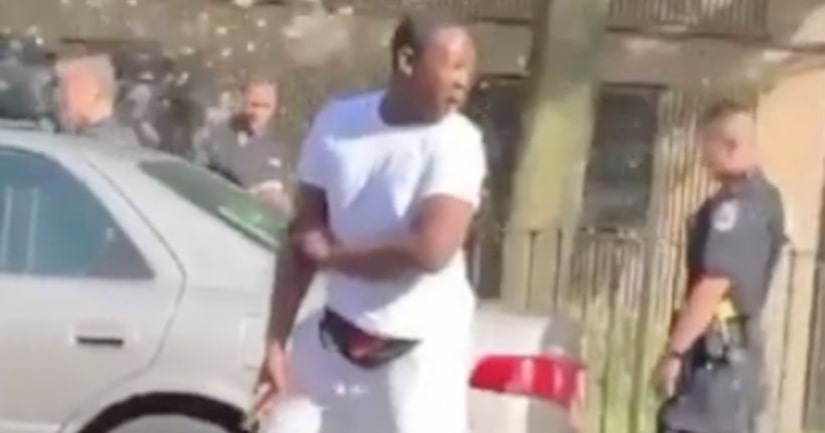 Buckets of water being hurled at them by a group of males.

The videos quickly got tens of thousands of views. The video is disturbing and it is brazen.

At times you can even hear people in the video laughing. One portion of the video of the incident in Harlem even shows an officer getting hit in the head with an empty bucket.

One of the two incidents caught on camera happened at the intersection of 115th Street and St. Nicholas Avenue in Harlem. There's no information on where the one in Brooklyn took place exactly.