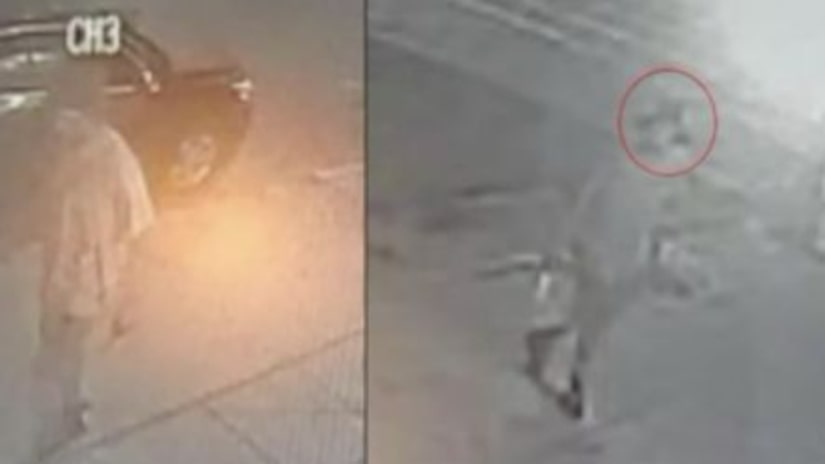 POMONA, Calif. -- (KTLA) -- Police on Thursday released grainy surveillance images amid the search for a man who trespassed on the property of a Pomona home this week and stabbed a dog to death in an apparent unprovoked attack.

The man entered the property in the 800 block of East Second Street on Tuesday and then, for reasons unknown, began chasing the canine, according to a Pomona Police Department news release.

He then fatally stabbed the dog, who police described as "harmless."

A portion of the brutal attack was captured on a home security camera. Investigators released two images of the man being sought in the incident.