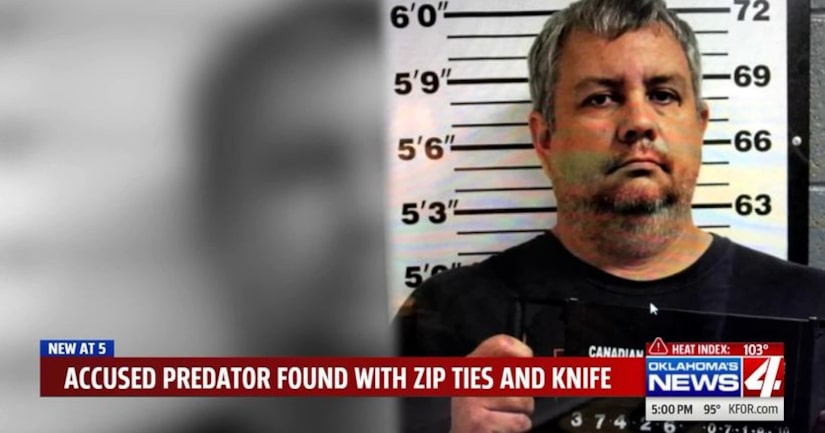 “During the conversation, it went downhill quick, talking about various sexual acts,” said Capt. Adam Flowers, with the Canadian County Sheriff's Office. “Things that go to '50 Shades of Grey'-type, like bondage. You know it, he was wanting to do it.”

Jones also told the girl that he wanted to act out a “daddy-daughter” sexual relationship.

Instead of a teenage girl, however, Jones was met by two deputies and was arrested quickly. In his truck, investigators say they found gloves, a knife and zip-ties.

Investigators say Jones allegedly had plans to do more than just have sex with the underage girl.

“He also wanted to film and video everything,” Flowers said. “He wanted to take photos and have [her] pose in different ways. He was very dominant in this type of conversation and the sexual acts he wanted.”