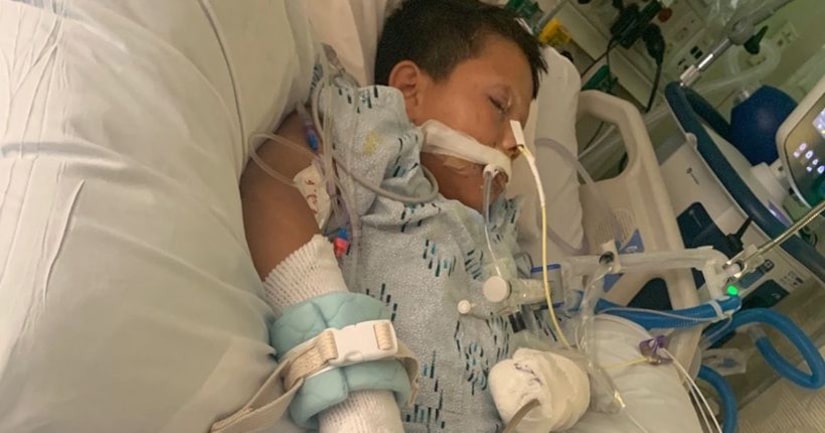 LOS ANGELES (KTLA) -- Aaron Carreto was playing outside his Compton home on his birthday earlier this month when his life changed forever. Two neighbors tossed a lit homemade firework at the 10-year-old boy, which exploded, claiming the child's left hand, his family said.

After undergoing four operations, the young patient is still fighting to recover from injuries that also included burns to his face and stomach, older sister Adriana Carreto wrote on an online fundraising website. He initially lost all the fingers on his left hand due to the injuries in the July 6 incident.

The men tossed the firework at Aaron just before it exploded, leaving no time for the boy to react, she said.

"This incident changed his life, (his) way of living, but not his spirits," Adriana Carreto wrote. "He's very caring and aware of other people's needs."

Aaron loves riding his bike around the neighborhood with friends and playing video games, she said. "Now, without his hand, he won't be able to live a normal life like any other kid would."

In addition to his physical injuries, the experience has also been psychologically traumatic, the sister said.

"He tells his family how he feels betrayed by those people around us and wants to start a new life far away from where he grew up," she said.

One of the men believed to be involved in the incident has been arrested, family members said. The second remains under investigation.