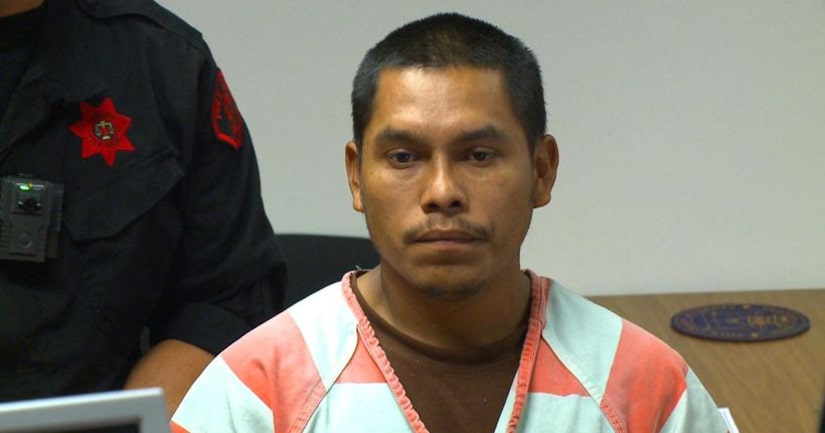 POLK COUNTY, Iowa (WHO) -- The man accused of murdering a mother and her two children in Des Moines claims the woman killed her kids and he only shot her in self-defense.

Marvin Escobar-Orellana is charged with three counts of first-degree murder. He made his first appearance in jail court Thursday morning in Polk County.

Criminal complaints in the case say Escobar-Orellana admitted to police that he shot 29-year-old Rossibeth Flores-Rodriguez but claimed he did so in self-defense after she had already killed her children, 11-year-old daughter Grecia Daniela Alvarado-Flores, and her five-year-old son Ever Jose Mejia-Flores.

A witness told police Escobar-Orellana's version of events was false and the criminal complaint says the witness saw the suspect arm himself with a gun and shoot Flores-Rodriguez “without justification” following an argument.

Police found ballistic evidence that backed up the witness' account. They say the suspect killed both children after shooting their mother.

During the jail court hearing Thursday morning, Escobar-Orellana asked a judge, through an interpreter, “Why are they charging me with three murders if I only defended myself from one person?” The judge told him to speak to his court-appointed lawyer about that.

Bond has been set at $3 million, cash only, and a preliminary hearing is scheduled for July 29th.

MORE: Triple homicide suspect claims woman killed her kids and he shot her in self-defense - WHO