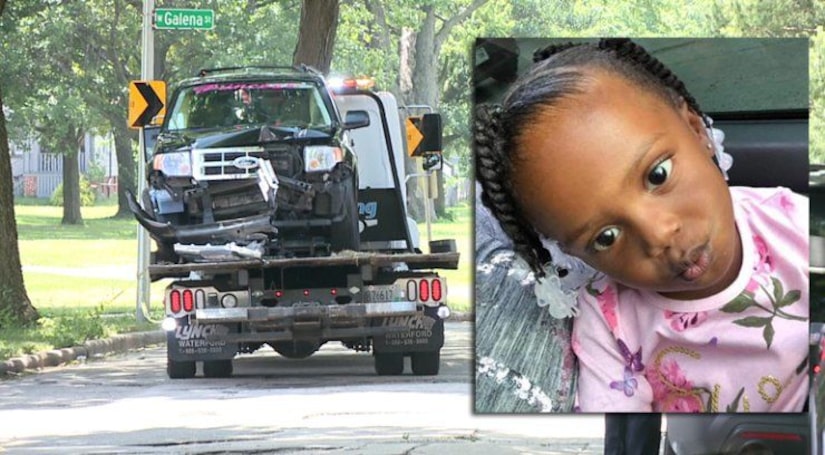 MILWAUKEE (WITI) -- Charges were filed Wednesday, July 17 against Antonio Bratcher. 39, for his alleged involvement in the fatal shooting of 3-year-old Brooklyn Harris. On the same day charges were filed, we heard from Brooklyn's father for the first time about the loss of his youngest child.

"I hear about it, but, I mean, I never thought it would happen to me, one of my kids," said Shawndell Harris.

According to the criminal complaint, Harris' mother went to pick up a friend and her child on Saturday, July 13. Harris' mother was driving a white vehicle. Her friend sat in the passenger seat, and their four children were in the back.

The complaint said they began to pull away from the curb when Harris' mother saw an SUV with pink lettering across the top of the windshield stopped behind them. Investigators said as Harris' mother pulled away, she heard a gunshot and saw the rear window was shattered. Her daughter, Brooklyn, had fallen over in her seat.

"I already knew she was gone," said Harris.

According to the criminal complaint, Brooklyn Harris suffered a gunshot wound to the head, and did not survive.

"I hope it was an accident," said Harris. "I hate that I lost the one, the little one. She was the baby of all of them. I still gotta be strong for the other three."

MORE: 'She was the baby': Brooklyn Harris' father speaks out as prosecutors file charges in 3-year-old's death - WITI