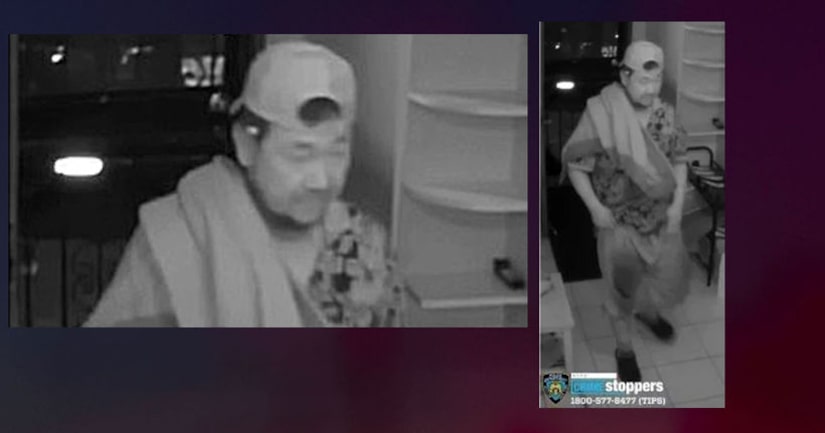 FLUSHING, Queens, New York City (WPIX) -- Police are looking for a man who got got inside a Queens apartment building and allegedly smelled a woman's shoe left outside her apartment while pleasuring himself, they said.

According to authorities, the unidentified man gained access to the apartment building on 38th Avenue, near Union Street in Flushing, on Tuesday, July 9, around 11:40 p.m.

Once inside, the man grabbed a woman's shoe off a shoe rack in the building's vestibule, smelled the inside of the shoe while pleasuring himself, before fleeing the location, police said.

Police have released the above surveillance image of the man they're looking for, and describe him as between 30 and 40 years old, last seen wearing a baseball cap and multi-colored clothing.