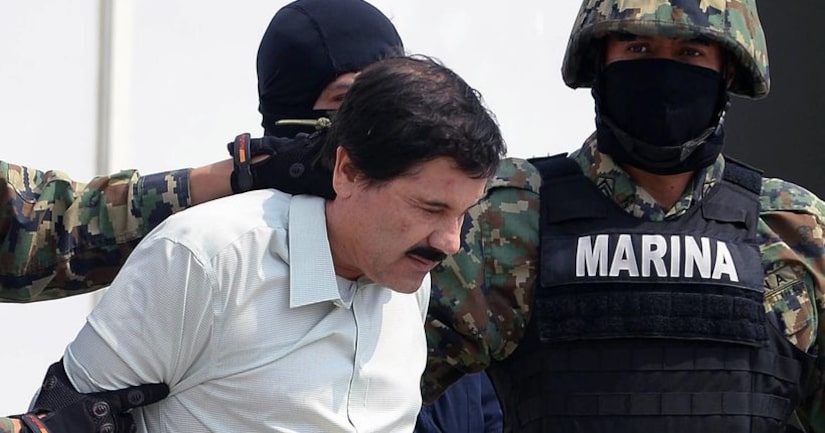 BROOKYLN (KTLA) -- The Mexican drug kingpin Joaquin “El Chapo” Guzman has been sentenced to life behind bars in a U.S. prison, a humbling end for a drug lord once notorious for his ability to kill, bribe or tunnel his way out of trouble.

A federal judge in Brooklyn handed down the sentence Wednesday, five months after Guzman's conviction in an epic drug-trafficking case.

The 62-year-old drug lord, who had been protected in Mexico by an army of gangsters and an elaborate corruption operation, was brought to the U.S. to stand trial after he twice escaped from Mexican prisons.

Before he was sentenced, Guzman, complained about the conditions of his confinement and told the judge he was denied a fair trial. He said U.S. District Judge Brian Cogan failed to thoroughly investigate claims of juror misconduct.

“My case was stained and you denied me a fair trial when the whole world was watching,” Guzman said in court through an interpreter. “When I was extradited to the United States, I expected to have a fair trial, but what happened was exactly the opposite.”

The harsh sentence was pre-ordained. The guilty verdict in February at Guzman's 11-week trial triggered a mandatory sentence of life without parole .

The evidence showed that under Guzman's orders, the Sinaloa cartel was responsible for smuggling mountains of cocaine and other drugs into the United States during his 25-year reign, prosecutors said in court papers re-capping the trial. They also said his “army of sicarios” was under orders to kidnap, torture and murder anyone who got in his way.