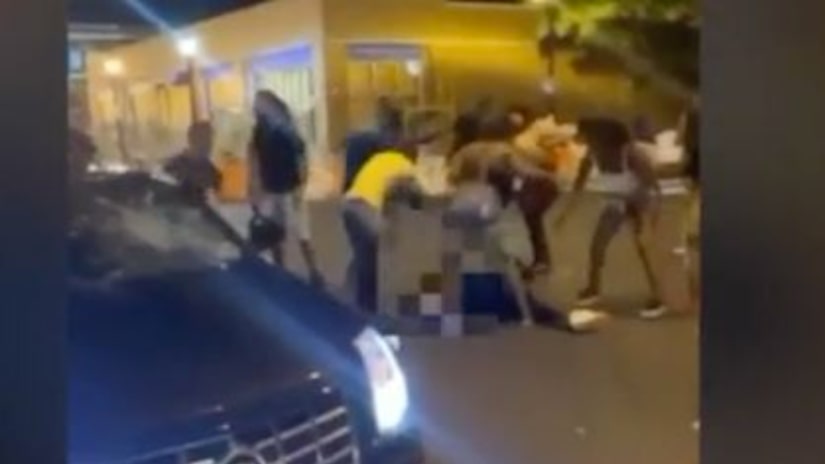 JERSEY CITY, N.J. -- (WPIX) -- Jersey City police have arrested two women and are seeking four more people in connection with the beating of a motorist following a fender-bender that was caught on video.

Bria Exum and Shirley Burrows both face aggravated assault counts, while Exum is also charged with burglary and endangering an injured victim. It wasn't known Tuesday if either woman has retained an attorney.

The attack that occurred around 3 a.m. Sunday along Martin Luther King Drive near Orient Way in Jersey City.

The video shows a 42-year-old Newark man being pulled from his car and then punched, kicked and stomped by the group after an apparent fender bender. After an initial confrontation, he tried to get in his car and drive away before someone jumped on his windshield, breaking it.