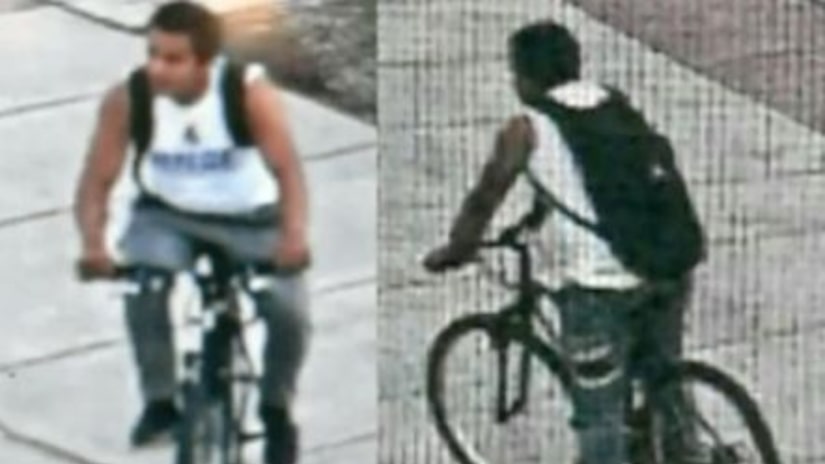 PALATINE, Ill. —- (WGN) -- Police are searching for a man a woman said sexually assaulted her at a suburban park while she was running.

Police said a they responded to Falcon Park in Palatine for a report of a sexual assault on Saturday around 9:20 p.m. When they arrived, police said they found a 19-year-old woman who said she was sexually assaulted by a man while she was running on the outdoor track at the facility. The woman said she was able to fight him off.

The woman said she did not know the man. Police said after the attack, he fled the scene on a black bicycle.

The Palatine Fire Department transported the woman to the Northwest Community Hospital where she was treated and released with non-life threatening injuries.

Police released photos of the suspect from nearby surveillance cameras. They described the suspect as a Hispanic male, about 35 to 40 years old, 5 feet to 5 feet 2 inches tall and 140 pounds.