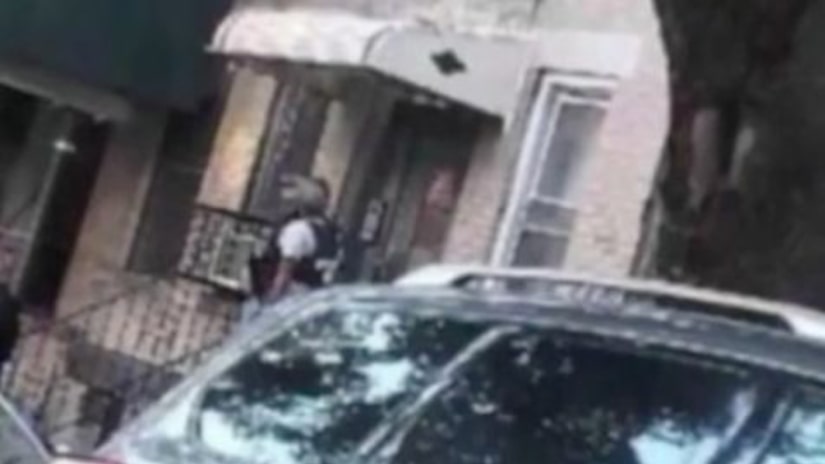 BROOKLYN, N.Y. -- (WPIX) -- It was 7 a.m. Saturday at a residential building near the corner of Sixth Avenue and 56th Street in Sunset Park, Brooklyn when U.S. Immigration and Customs Enforcement agents knocked on his door.

ICE sweeps were expected to start Sunday, but Mayor Bill de Blasio said ICE agents were in Sunset Park and Harlem on Saturday.

“I told them I couldn't open the door because the man they were looking for no longer lived here,” the man, who PIX11 is not identifying, said in Spanish.

He said he's lived in Brooklyn for six years with his family and works as a cook in Midtown.

FULL STORY: Exclusive: Man shares what made ICE agents leave when they knocked on his door in Brooklyn - WPIX