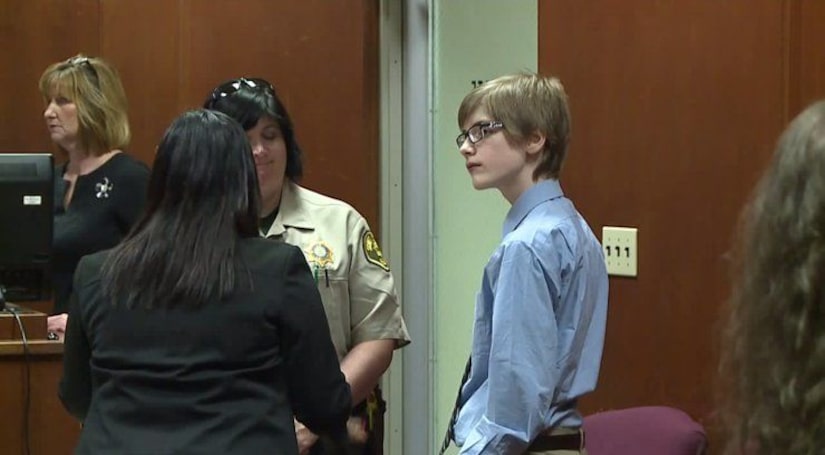 DAVENPORT, Iowa (WQAD) -- Eight witnesses testified in court on Thursday, as 13-year-old Luke Andrews sat beside his lawyers inside of a courtroom at the Scott County Courthouse.

North Scott Junior High School Counselor Holly Leinhauser was emotional as she remembered the moments that she worked with another teacher to grab the gun out of the then-12-year-old's hands.

"Then I asked what was the intent? What were you trying to do? And he said to end it and end anything that got in his way," Leinhauser told the jury when asked about August 31, 2018.

That's the day police say Andrews brought a .22 caliber pistol to school. The gun was loaded.

He is accused of walking into a classroom, telling his peers to get down, pointing the gun at a teacher, and pulling the trigger.