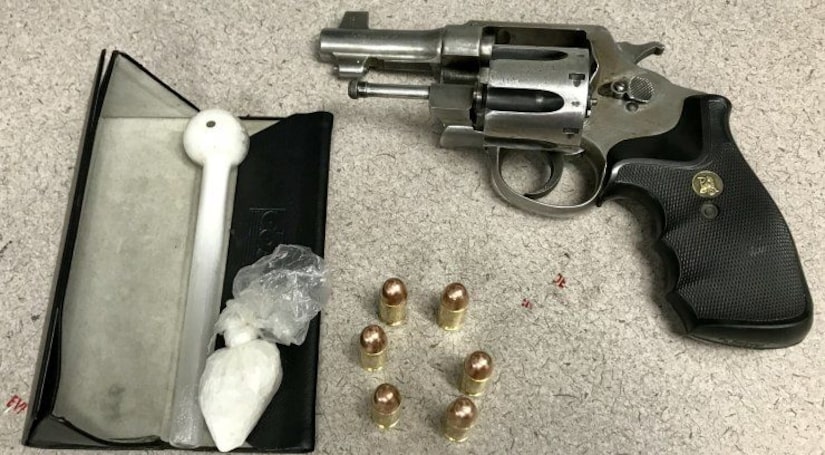 SAN BERNARDINO COUNTY, Calif. (KTLA) -- A Victorville man was arrested after allegedly handing his 11-year-old daughter a loaded handgun in an apparent effort to hide it from deputies during a traffic stop on Wednesday, authorities said.

Around 10:35 a.m., Gerardo Mora was pulled over by two deputies on Village Drive near Tawney Ridge Lane, according to a Victorville Police Department news release.

The deputies were approaching the car when they witnessed Mora reaching toward a rear passenger compartment, police said.

Mora allegedly handed a loaded gun to his daughter, who was in the back seat, and then directed her to hide it, according to the release.

Deputies found the gun and discovered it had been stolen, police said.