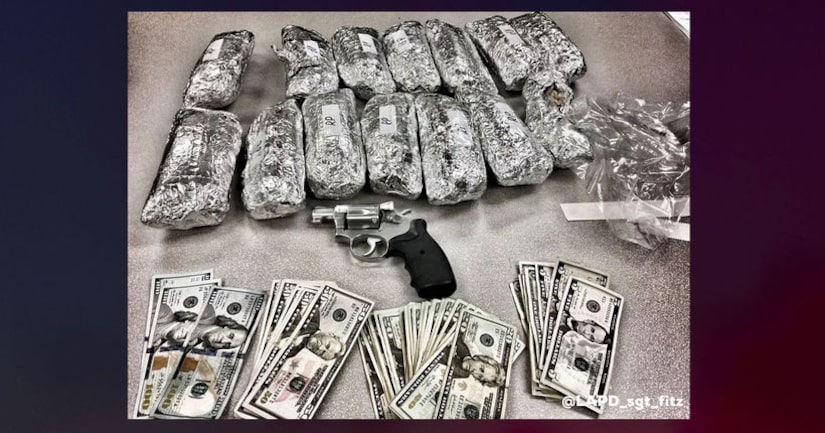 LOS ANGELES (KTLA) -- A 48-year-old man who was found with 14 burrito-shaped packages of methamphetamine during a traffic stop near downtown Los Angeles last year has been sentenced to 15 years in prison, authorities said Monday.

Ricardo Renteria of Colton was convicted by a judge back in March on three felony counts, including possession with intent to distribute meth and being a felon in possession of a firearm, according to a news release from the U.S. Attorney's Office.

On Feb. 3, 2018, Renteria was pulled over in the Angelino Heights neighborhood by Los Angeles Police Department officers after witnesses reported a Chevrolet Tahoe driving erratically and evasively, the release stated.

Renteria allowed police to search the SUV, where officers located a black garbage bag filled with 14 “foil-wrapped, burrito shaped” packages, according to evidence presented at his trial.

The packages contained approximately 14 pounds of meth with an estimated street value of $27,000 to $40,000, the release read.

Renteria's vehicle was subsequently impounded. During a further search of the Tahoe, a fully loaded handgun was recovered from a secret compartment on the driver's side door, federal prosecutors said.