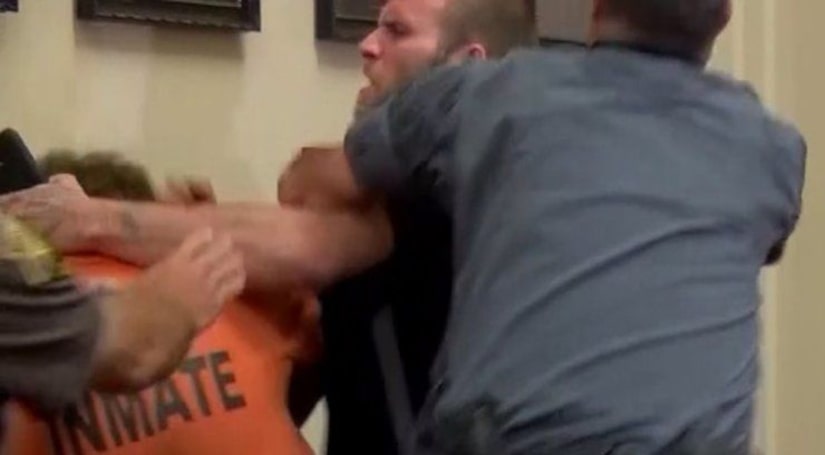 GIBSON COUNTY, Ind. (WXIN) -- A father convicted of killing his three-month-old son met retribution at the hands of the boy's uncle.

Kwin Boes was sentenced in the death of his three-month-old son Wednesday. As he was walking out of court, a man stormed toward him and punched him in the face. The attack left Boes bloodied and sent personnel scrambling to corral the attacker.

The incident was caught on video. The man who punched Boes was identified as Jeremiah Hartley.

Hartley is the uncle of Parker Boes, who died of blunt force head trauma at the hands of Kwin Boes, his father. In court Wednesday, Boes was sentenced to 25 years, with 19 years in prison and six on work release as part of a plea deal. He was also ordered to pay the boys' funeral expenses, WEVV reported. He was arrested in May 2018.

“Parker was such a sweetheart. He smiled all the time. He was just a happy baby. He wasn't even three months old yet,” said Lisa Hartley, Hartley's mother and Parker's grandmother.