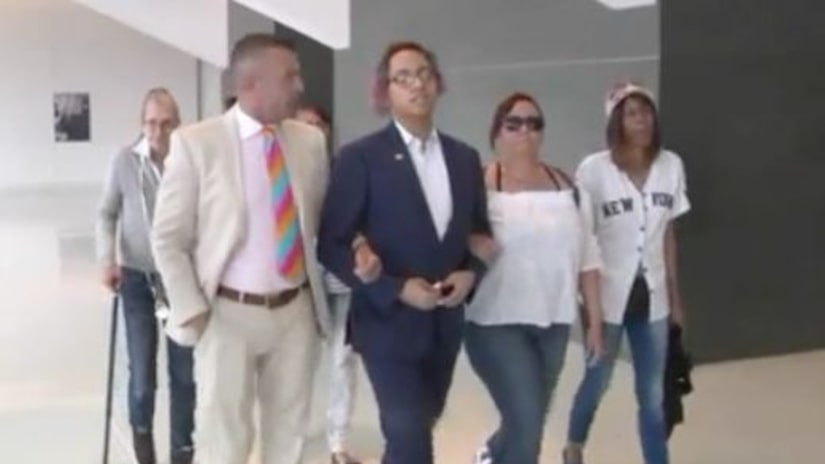 THE BRONX, N.Y. -- (WPIX) -- Emotions ran very high on Tuesday at the trial of Abel Cedeño, who stabbed two of his high school classmates two years ago after, he maintains, they bullied him.

At various points during Tuesday's testimony, the judge had to stop the proceedings. Once, it was due to the key witness breaking down on the stand. Another time, it was because of Cedeńo's lawyer's behavior toward the key witness. The situation left tears flowing in the courtroom.

Cedeño, 20, sat at the defense table the same way he'd carried himself walking into and out of court: stoically and quietly.

It was in contrast to just about everything else going on around him in Bronx Supreme Court Justice Michael Gross's courtroom.

When asked what had happened in history class on September 22, 2017, 18-year-old Ariane Laboy bowed his head and started to cry. The courtroom was dead silent, as his emotions filled the void. The judge declared a recess so that Laboy could pull himself together. Judge Gross also allowed Laboy's father to talk with his son in a holding room behind the judge's bench.