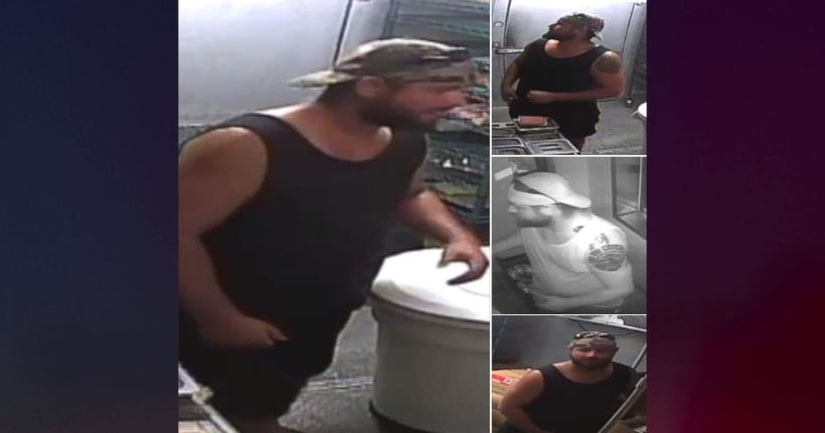 JENSEN BEACH, Fla. (WGN) -- Florida officials say they are looking for a 'hamburglar' who broke into two restaurants, fixed himself some food, and then stole money.

The Martin County Sheriff's Office says the suspect forced his way into a Wendy's in Jensen Beach, Florida, by smashing a window with a brick. He then fired up the grill, made himself a hamburger, and walked away with the store's safe. He also went to another Jensen Beach restaurant, where he helped himself to more food and money.

Authorities say the man also tried to rob a gas station, but could not break in.