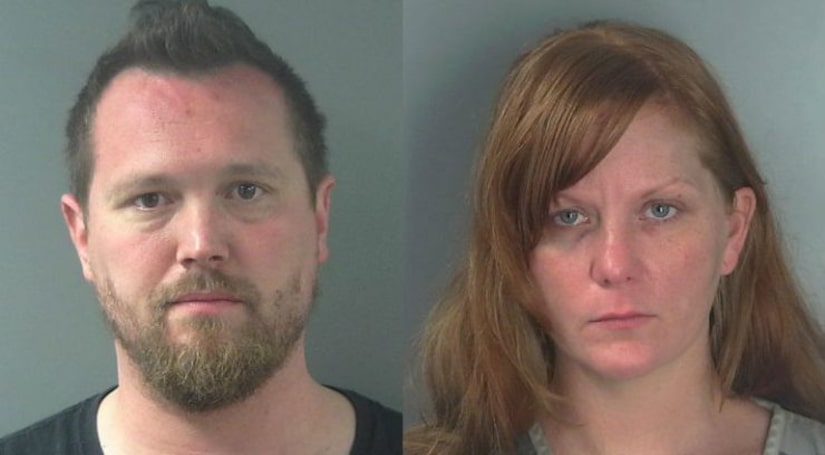 BLOOMINGTON, Ind. (WXIN) -- A man and woman in Bloomington were arrested for neglect after allegedly leaving two children home alone while they drank at a bar.

Police began investigating Tuesday when they responded to a report of two young children walking near a roadway without an adult.

At the scene, officers say they located an 8-year-old boy and 6-year-old girl who told them they were out looking for food because they were hungry and thirsty.

Police say the boy was able to direct officers to their residence, which was several blocks away. When they arrived, nobody was home, but officers say the children's mother, Jenevieve White, 33, and a man named Melchi Pennington, 32, returned a short time later. According to police, both appeared to be intoxicated.

Police determined White and Pennington had been at a local bar drinking while the kids were unsupervised. When officers attempted to take White into custody, she allegedly resisted arrest and tried to pull away from officers.