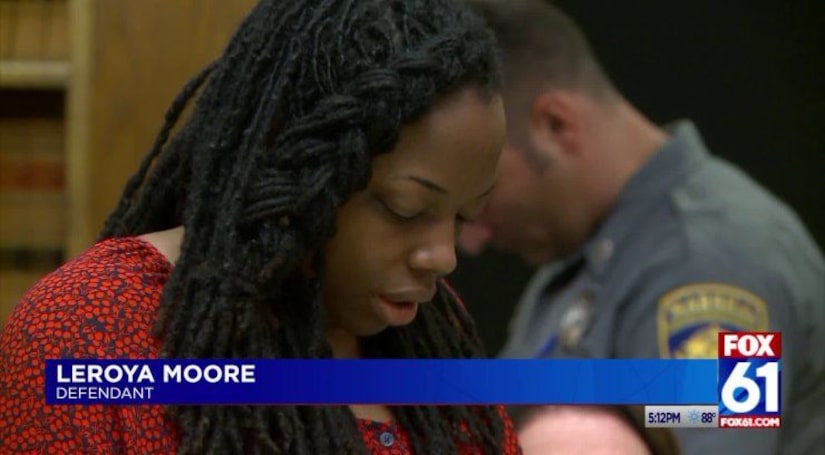 NEW HAVEN, Conn. (WTIC) -- An East Haven woman, recently convicted of killing her two children four years ago, was sentenced to 120 years in prison Thursday, with no possibility of parole.

LeRoya Moore, 40, and her attorneys contend that severe mental illness is the reason she killed her two youngest of five children, but the three-judge panel that convicted her never bought the insanity defense.

"She then murdered her children in a manner consistent with her research," said New Haven Superior Court Judge Elpedio Vitale.

Toxicology reports say the children died as a result antihistamine intoxication. The two kids' father, Michael Moore, says he is so scarred by this murder that he now feels uncomfortable being around children.