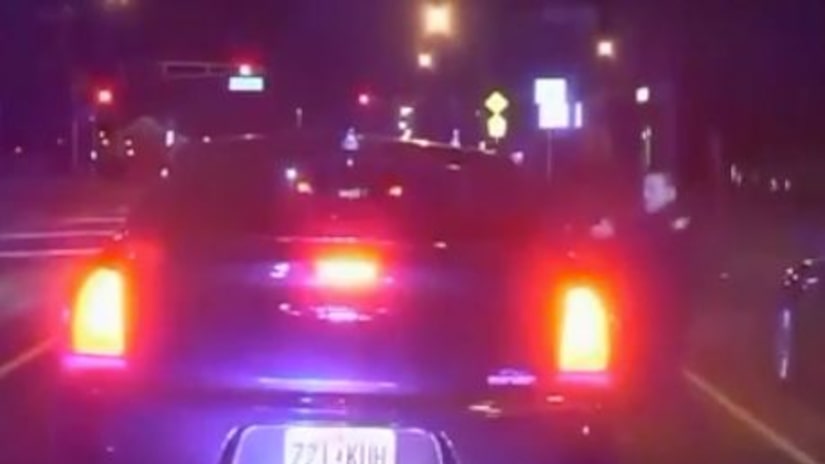 NEWARK, N.J. -- (WPIX) -- A Newark police officer charged in the on-duty shooting of two men in January during a police chase said Wednesday he did what had to be done to protect the community.

Representatives for Officer Jovanny Crespo, 26, argued during a news conference he “did the right thing” and was protecting the citizens of Newark. It was the first time Crespo spoke out publicly since the shooting.

On Jan. 28, Crespo, a rookie cop, shot Gregory Griffin, 46, and Andrew J. Dixon, 35, when a car driven by Griffin fled the scene during a traffic stop, made by a different Newark officer, near Clinton Avenue and Thomas Street in Newark, according to prosecutors.

When the two men drove away in the vehicle, the initial officer radioed that they were fleeing and that she saw a gun, which led to a pursuit involving multiple police cars, officials said.

Authorities said Crespo, the only officer to discharge his weapon, fired shots at the fleeing car, shooting both Griffin and Dixon in the head. While Dixon suffered serious injuries but survived, Griffin died from his injuries at University Hospital the next day, Jan. 29.

FULL STORY: Representatives for Newark officer charged in fatal traffic-stop shooting says he 'should be getting an award' for his actions - WPIX