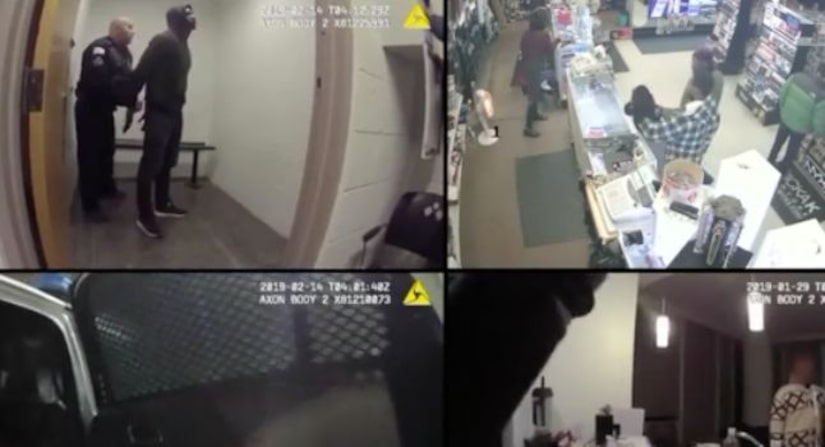 CHICAGO —- (WGN) -- Police on Monday released investigative files and video showing the alleged staged attack of actor Jussie Smollett — one of the videos shows the actor with a noose around his neck.

On Jan. 29, Smollett told police he was attacked in Chicago by two people who were “yelling out racial and homophobic slurs.”

In one of the videos released, officers entering Smollett's apartment and the actor is wearing a red and white sweater with a noose around his neck.