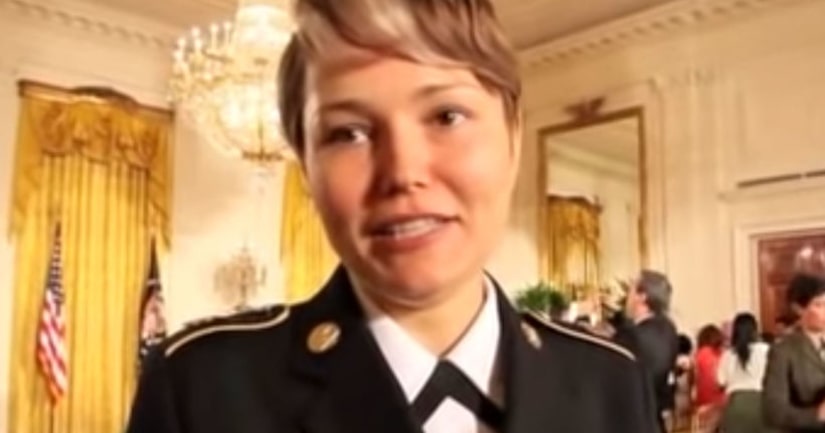 NEW YORK CITY -- (WPIX) -- A U.S. military member who became an American citizen during a 2012 White House ceremony has been slain along with her two toddlers, and the children's father has been arrested. Alla Ausheva, 2-year-old Ivan Walker and 3-year-old Elia Walker were found dead Saturday in their Staten Island home.Ausheva, 37, had obtained a protective order against the 36-year-old suspect, Shane Walker, but it was no longer in effect, The New York Times reported.

Ausheva moved from Saint Petersburg, Russia, to Queens in 2011 and soon joined the New York Army National Guard. In 2014, she transferred to the Air National Guard. She was serving full time on active duty with a homeland security force based at Fort Hamilton, Brooklyn, according to a military spokeswoman.

“All of you did something profound: You chose to serve,” then Democratic President Barack Obama told Ausheva and 24 other immigrant service members during the naturalization ceremony. “You put on the uniform of a country that was not yet fully your own. You displayed the values that we celebrate every Fourth of July — duty, responsibility and patriotism.”