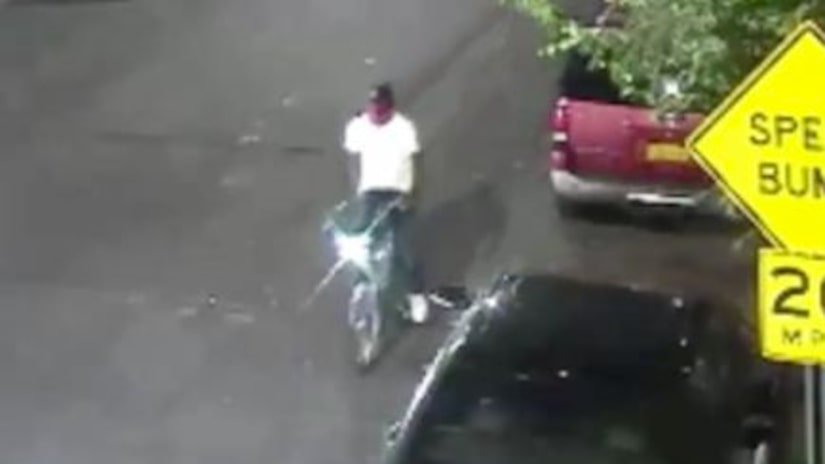 BROOKLYN, N.Y. -- (WPIX) -- Two people were hurt after a man on a Citi Bike fired shots at them in Brooklyn earlier this month.

Police said man was riding a Citi Bike on Lexington and Tompkins avenues on June 7, when approached a 24-year-old man and a 23-year-old woman.

He then proceeded to display a firearm and discharged it towards the victims about six times, according to police.

They were both taken to an area hospital for their injuries.