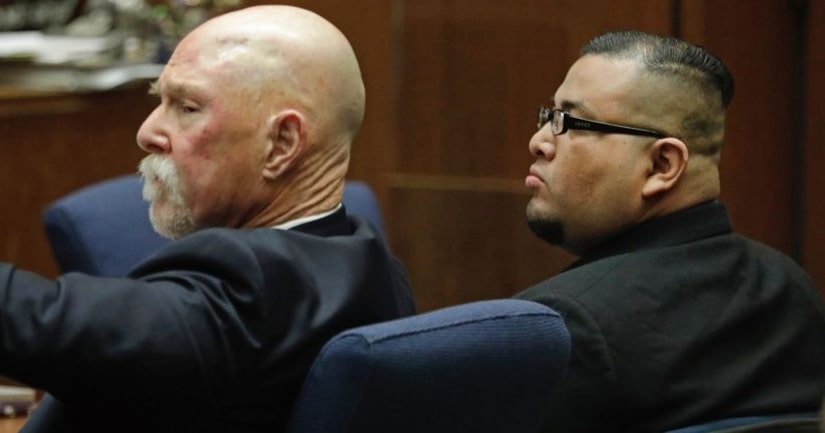 LOS ANGELES (KTLA) -- A judge on Friday sentenced an MS-13 gang member to life in prison without the possibility of parole, plus an additional 25 years, for the 2001 kidnapping, rape and murder of a 13-year-old Whittier girl, authorities said.

A jury convicted Jorge Palacios, 41, in March of first-degree murder and kidnapping to commit another crime, the Los Angeles County District Attorney's Office said in a written statement. Jurors also found true the special allegations of murder during the commission of a rape, lewd acts on a child and kidnapping.

Three other men are awaiting trial for their alleged roles in the killing of Jacqueline Piazza, whose body was discovered in Elysian Park on June 28, 2001. A previous trial ended with a hung jury.

The victim's body was nude when discovered and she had been shot twice in the head, prosectors said.

The brutal killing remained unsolved for more than a decade before investigators from the Los Angeles Police Department's Robbery-Homicide Division, working in conjunction with detectives from the Gang and Narcotics Division, received new information in the case. An indictment against the four suspects was unsealed in June of 2012.