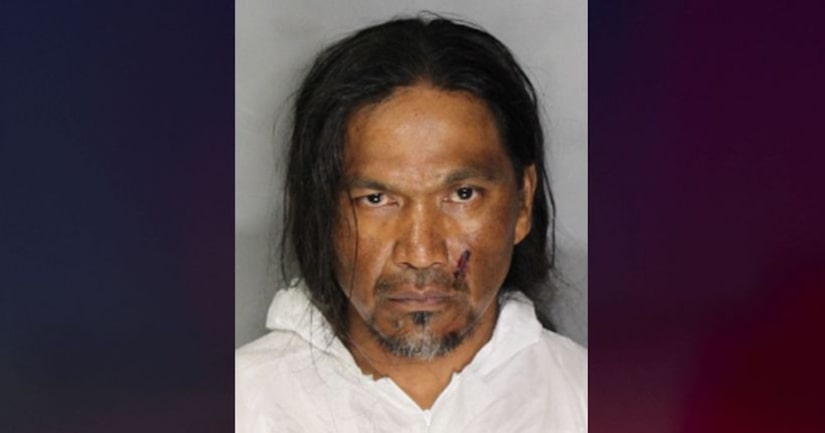 Ramos was taken into custody early Thursday morning after an hours-long standoff in North Sacramento. He was booked into jail on suspicion of murder and a misdemeanor charge of battery.

Sacramento Police Sgt. Vance Chandler reports just before noon on Wednesday, there was a disturbance between a male and a female at a home on Redwood Avenue near Edgewater Road.

Shortly after 3:30 p.m., police met with the woman at a separate location and she was later accompanied by officers to the North Sacramento home so she could retrieve some belongings.

While officers were with her at the Redwood Avenue home, police say Ramos, armed with a rifle, fired at them and Officer O'Sullivan was hit by the gunfire around 6:10 p.m.

About 45 minutes later, officers were able to use an armored vehicle to rescue O'Sullivan, who lay wounded in a yard nearby. O'Sullivan was taken to the hospital where she was later pronounced dead.

"Very anxious," neighbor Tanja King said. "Hard to sleep with all the noise going on, plus all the anxiety."

Crime scene tape remained up Thursday, though neighbors were allowed to return to their homes.

Some visited to pay their respects to O'Sullivan.

"Me and another Marine, we are just going to put blue ribbons all over," Guy Store said, placing ribbons on poles just feet away from where the shooting happened. "It means that in my heart the guys that run around in black and white are loved by people."

Neighbors Describe Their Interactions With Ramos

Thursday night, neighbors of the suspected cop killer described him as combative and racist.

Bobby Butler has lived two doors down from the 45-year-old suspect for a couple of years. He said he still remembers the first time Ramos caught his attention.

“My original contact with him is my grandson came home and said that he was calling the neighbor kids the N-word and throwing rats at them and bananas and calling them monkeys,” he told FOX40. “And originally I just told my grandson to stay out of the picture, stay away from him.”