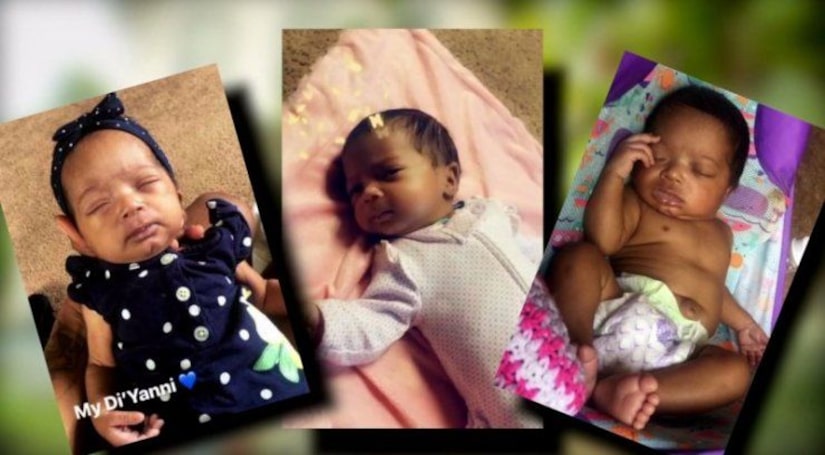 CLEVELAND (WJW) -- Multiple investigations are underway into the death of a two-month-old baby. The child's mother says the infant was "lifeless" when she picked her up from a Cleveland home day care Tuesday.

"She was everything to me," said Griffin's mother, Taylor Bush, with a strained voice.

Bush said when she picked up her child from Nana's Home Daycare in Cleveland on Giddings Road, she realized her baby needed immediate medical attention.

"So I go to walk out the door and I close the door behind me so I'm like, 'Hey, mama baby.' I realize her neck is, just, she's just lifeless," said Bush.

According to Bush, she went back inside the day care, began CPR on the baby and called 911. She said they were taken by ambulance to the hospital where Griffin was pronounced dead.

"When you handed me my daughter, my daughter was basically already dead," said Bush.

Cleveland police said they are awaiting an official cause of death from the medical examiner's office. If it's determined the baby died under suspicious circumstances, investigators will resume the investigation.

Meanwhile, a Cuyahoga County Children and Family Services spokesperson said they are also investigating the circumstances of the baby's death; that's in addition to state investigators and a childcare licensing unit.

A spokesperson for the Ohio Department of Job and Family Services released the following statement:

"ODJFS is monitoring this tragic situation very closely. County JFS agencies are responsible for inspections of in-home child care, with oversight by ODJFS. The county agency is conducting an investigation and actively working with child protective services and law enforcement. ODJFS would make the final determination on whether to suspend Nana's Home Daycare license if the county agency recommends suspension."

The day care owner, Danielle Townsend, said she was not present during the incident. However, she remains adamant the child was alive while in her sister's care, who also works at the day care.

"My sister calls me and says, 'Call her mother,'" said Townsend. "I said, 'Well, her mother just texted me; what's wrong?' She said, 'The baby is breathing fast.'"

Townsend said she has worked at day care facilities for 15 years and has operated her own for the past three years.