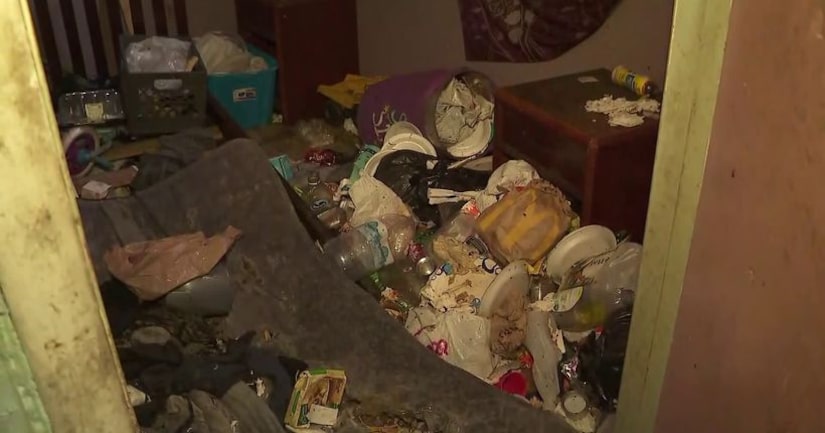 Feces, vermin and trash were found in the uninhabitable building in the Vermont-Slauson neighborhood, spokesman for L.A. Councilman Curren D. Price said.

The "New Heaven & Earth Christian Center" building had no electricity or running water for months, and wasn't designed for residential habitation since it was zoned for commercial use, according to authorities.

Some of the building's evacuated residents told KTLA they were paying as much as $700 in rent but the landlord refused to get the building up to code after numerous complaints.

Price organized a task force to look into illegal activity going on at the location and close it down.

“We came across this location, and upon further review we noticed we noticed a lot of inhumane conditions,” Price's spokesman James Westbrooks said. “We coordinated the efforts to close the location, but before we did that, we had to find alternate locations for people.”

Officials said seniors, people with disabilities, children and families were found living in the building. Video showed roach-covered piles of trash covering the floors, holes riddling the walls and dirt coating the appliances in what appeared to be a communal kitchen.

Standing outside the building from which former tenants were seen lugging out large TVs and bags, Price said authorities will be working on prosecuting those responsible for the "horrible" living conditions.

“Really unconscionable — the conditions that people were forced to live in here," Price said. "They're going to get relocated to safer, sanitary conditions."

Authorities said there have been dozens of calls regarding illegal activity in the building over the past year, including reports of drug abuse, assault, child abuse and child neglect.

The building doesn't have fire protection systems that are up to code, according to L.A. Fire Department Capt. Branden Silverman.