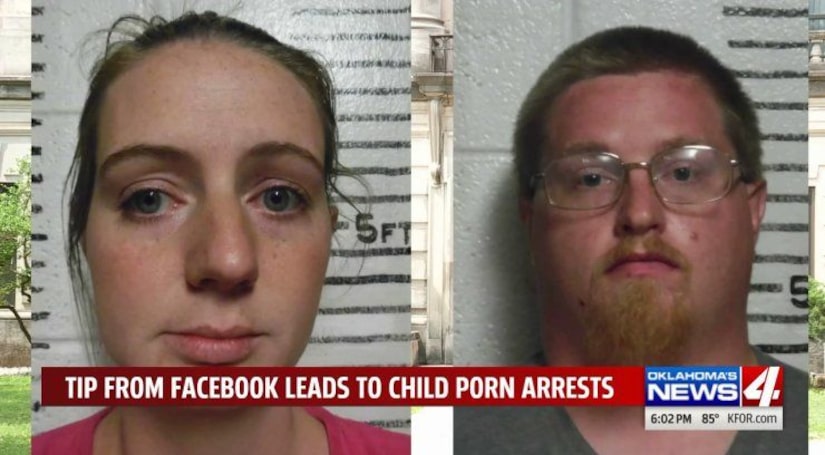 Gerard Coddington, 25, and Christina Nelson-Coddington, 29, remain at the Garvin County jail, each on a $5 million bond.

They were arrested last Friday and face several charges including manufacturing child pornography, lewd acts with a minor, and violation of the Oklahoma Computer Crimes Act.

Oklahoma Attorney General Mike Hunter said his office has an agent who specifically investigates internet crimes against children. The agent, according to court documents, received two cyber tips from the National Center for Missing and Exploited Children that were reported by Facebook.

"They were seeing activity on the internet that suggested there was a minor being exploited," Attorney General Hunter said. "The investigation discloses that the crimes that involve the minor child are incredibly distressing."

According to the probable cause affidavit, the victim, in this case, is just two years old. Graphic photos were allegedly shared between the suspects via Facebook, the affidavit states.