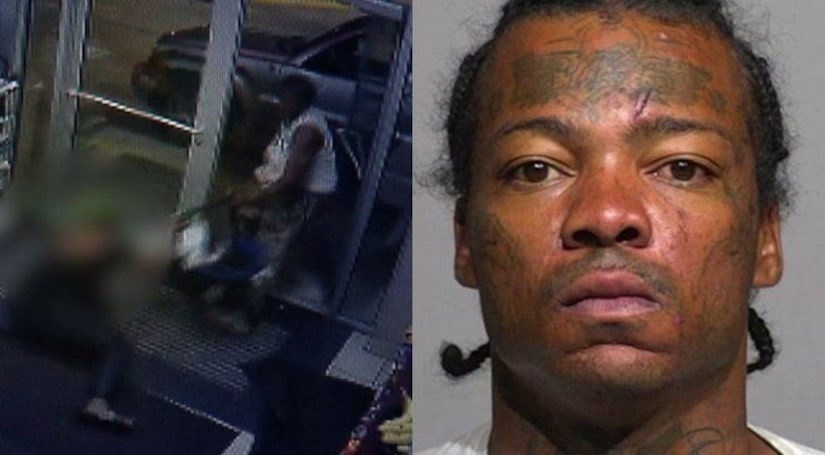 MILWAUKEE (WITI) -- Prosecutors said a Milwaukee man was caught on camera throwing a car seat with a 10-month-old baby inside at a gas station near Farwell and Maryland during a fight with a woman on June 14.

According to a criminal complaint, investigators spoke with a woman, 26, who said she had just met Ronald Ziedman, and had been staying at his mother's house with her 10-month-old daughter -- set to turn 1 in August 2019.

She said on the afternoon of June 13, she picked up Ziedman from work, and said he was "immediately angry" and had alcohol with him. She said Ziedman started calling her names and hitting her. She said she requested her phone and keys from Ziedman, who was in the driver's seat -- and he refused. The complaint said Ziedman said she had to stay the night with him if she wanted her keys back. She said he also accused her of cheating -- eventually driving to a bar near 8th and North. When she asked for her phone again, the complaint said Ziedman told her to "shut up." She said he grabbed her shirt and punched her while she held the baby. She said he threatened to kill her if she ran away -- and locked up the car and headed into the bar.

When he returned, the complaint said he took $30 from the woman's purse and punched her in the head, yelling, "I'm in control!" She said they drove around and he continued to hit her and scream at her -- with the baby in the vehicle.

The complaint said early on June 14, they arrived at the BP gas station near Farwell and Maryland -- around 2:30 a.m. According to the complaint, Ziedman went inside, and the woman "decided this would be a good time to leave." She said she opened the door to grab the baby and Ziedman was standing next to her. He ordered her back into the vehicle, and she said she needed to change the baby's diaper, so they all went into the gas station.

The woman said Ziedman went into the bathroom with the woman and said she had "10 seconds to change" the baby. She said as they left the bathroom, she knew she needed to run, and she yelled at the clerk to call police.