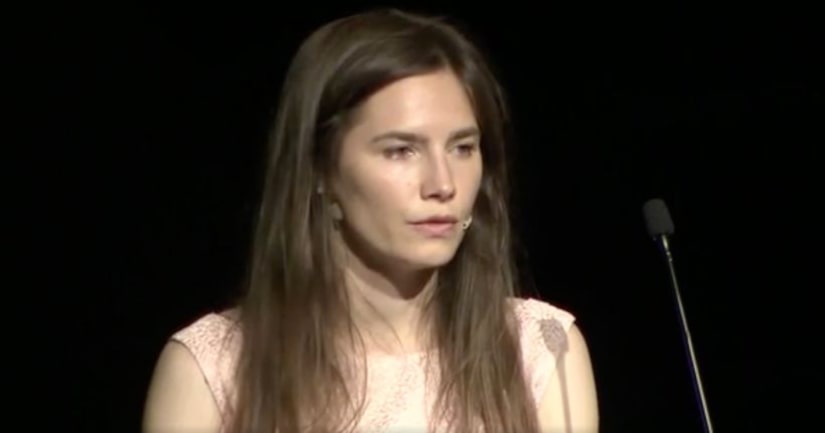 ROME (WPIX) -- The couple gazes brightly at the camera, posing for a selfie like the thousands posted on Instagram every day. “Here we go… Wish us, 'Buon viaggio!'” the accompanying caption reads.

Such hopes for “a good trip” would be unremarkable, were it not for two facts: First, that the woman in the picture is Amanda Knox; and second, that the image marked the start of the 31-year-old American's return to Italy for the first time since she was twice convicted — and finally exonerated — of the murder of her British roommate, Meredith Kercher in a series of sensational and controversial court cases.

Knox is not naïve — she knows her return to Italy will trigger an avalanche of headlines.

'I remain a controversial figure'

The Seattle native has spent the seven-plus years since her conviction was quashed attempting to turn her notoriety into an asset rather than shrink from the spotlight. Her invitation to speak at the Criminal Justice Festival in Modena on Saturday on the subject “Trial by Media,” is another step on her path to reclaiming the narrative.

“I know, despite my absolution from the court of cassation, I remain a controversial figure in the public opinion, above all especially here in Italy,” Knox told the audience Saturday.

Knox said that the mass media is the “first line of defense against authorities” and that the press covering her case could have “incentivized the police to slow down, to ask themselves questions on an investigation that was veering off course.”

Knox said in an emotional speech in which she at times struggled to hold back tears that the media instead “decided to speculate and created clickbait stories.”

“On the world scene I wasn't a defendant, innocent until proven guilty. I was a clever psychopath, dirty and drug-addicted whore, guilty until proven innocent. It was a false and unfounded history that lit up people's imagination because it fed fears and fantasies.”

On her return to the States in 2011, Knox said she craved a normal life and set about completing her studies at the University of Washington before getting a job as a cub reporter at the West Seattle Herald, writing her memoir “Waiting to be heard” and sharing her version of events in a Netflix documentary. As the years have passed, she has continued to try to reshape her public image by forging a career as the host of a true crime podcast as well as an activist campaigning against wrongful convictions and miscarriages of justice.

MORE: 'I am not a monster, I simply am Amanda,' says Knox on tearful return to Italy - WPIX 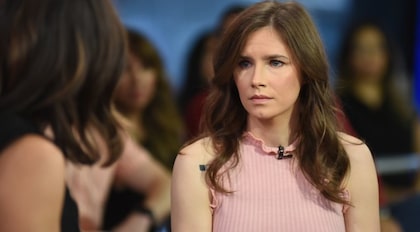 Acquitted Amanda Knox back in Italy for wrongful conviction talk