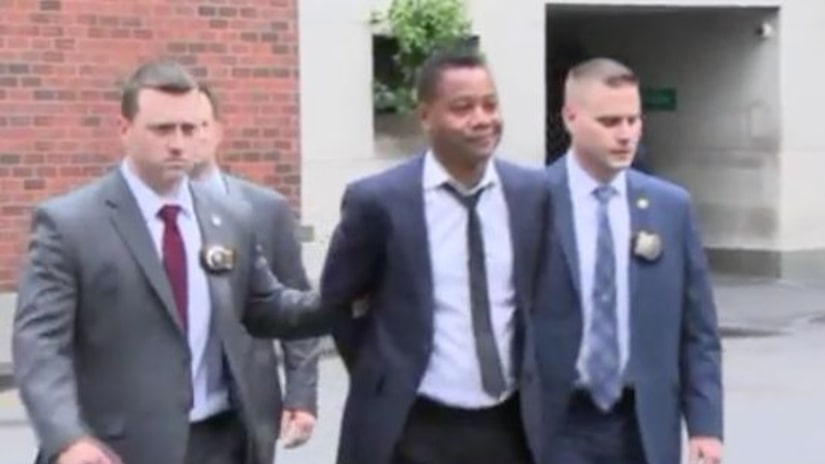 NEW YORK CITY -- (WPIX) -— Cuba Gooding Jr. turned himself in to police Thursday and was charged with forcible touching after a woman accused the actor of groping her at a New York City night spot.

The 51-year-old Oscar-winning star of "Jerry Maguire" denies the allegations, and his lawyer said he will plead not guilty to the misdemeanor charge.

Gooding smiled and waved as he walked into the police station, where he was fingerprinted and a mug shot was taken. He was led out in handcuffs in the afternoon and was expected to be arraigned later in the day.

A conviction could put him behind bars for up to a year.

Gooding's lawyer, Mark Heller, said security video from Magic Hour Rooftop Bar & Lounge showed "not the slightest scintilla of inappropriate conduct" on his part and will exonerate him.

"Mr. Gooding has not acted inappropriately in any shape or form," Heller told reporters after the arrest.

"Nothing in the video could even be considered ambiguous, and I frankly am shocked and horrified that this case is being prosecuted," he added.