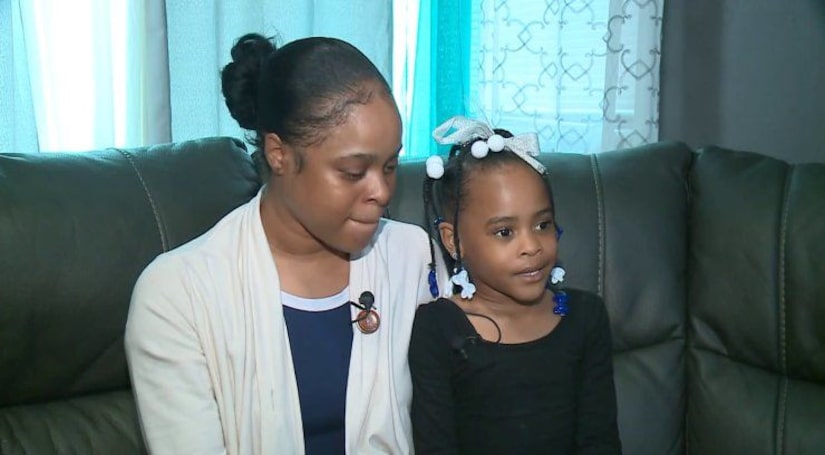 CHICAGO (WGN) -- A 6-year-old girl is being called a hero after she called 911 when her mother passed out and stopped breathing.

Simbi Jibril, a first grade student at Powell Elementary School, was in the kitchen with her mother, 28-year-old Shani Davis, on Wednesday and asked her mom to make her noodles. Her mother said her chest started hurting once she started making the food. She then fell to the ground.

Davis went to the hospital earlier in the day for a muscle relaxer injection for painful back spasms. She was discharged and it was about four hours later when she passed out.

Her 6-year-old knew exactly what to do. She called first responders and told them what was wrong.

In those scary few minutes, Simbi said the dispatcher told her to keep pressing on her mom's chest — and she started breathing again. Simbi then gave all the information to help paramedics get to her mom.