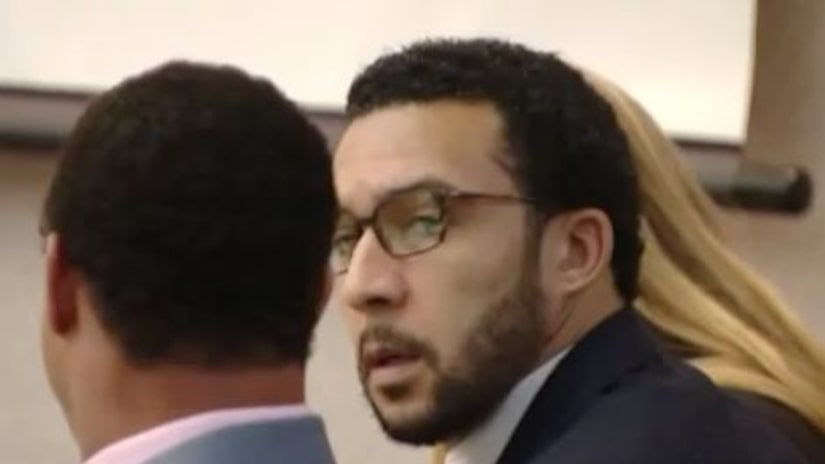 SAN DIEGO, Calif. -- (KTLA) -- A California judge declared a mistrial Tuesday on the remaining charges against former NFL player Kellen Winslow Jr. after a jury convicted him of raping a 58-year-old homeless woman but could not break a deadlock over two counts of rape involving a 54-year-old hitchhiker and an unconscious teen.

Prosecutors did not immediately say whether they would retry the eight undecided charges but agreed to return to court Friday to discuss that option and possibly set a new trial date.

Winslow, who played for Cleveland, Tampa Bay, New England and the New York Jets, currently faces up to nine years in prison and must register as a sex offender.

The jury on Monday found him guilty of an attack last year on the homeless woman in his picturesque beach community of Encinitas, north of San Diego. Jurors also convicted him of two misdemeanors — indecent exposure and a lewd act in public — involving two other women.