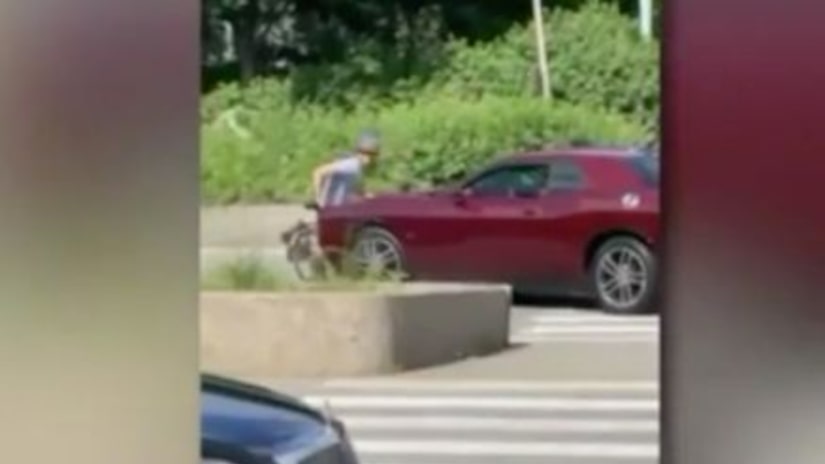 NEW YORK CITY -- (WPIX) -- An FDNY firefighter who was off-duty when a video of him appearing to try to run over a cyclist went viral has been charged in the incident.

The video prompted both NYPD and FDNY investigations. It showed the driver of a red car, believed to be Delarosa, trying to run over a cyclist, repeatedly ramming him with the front of his car.

One eyewitness, Liz Gonzales, who took the video also took to Twitter, saying the driver almost hits the biker. The biker then becomes confrontation before the driver takes the biker's phone and proceeds to run him over. Gonzales adds that the driver should be in jail.