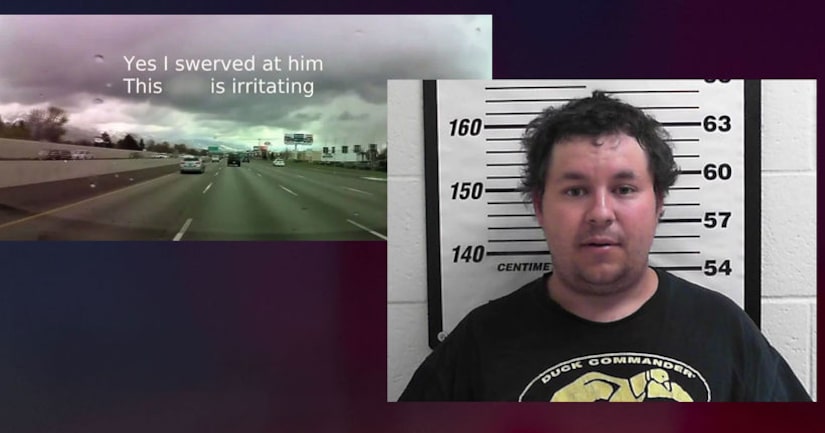 On May 9, UHP received an email complaining about a reckless driver on Interstate 15 in the Davis County area who then uploaded the dashcam video to YouTube.

Court documents said the video, timestamped from April 12, 2019, around 10:30 a.m. shows Matthew Mitchell following a Chevrolet Impala at an unsafe distance. Mitchell then swerves around the Impala and speeds up before crossing multiple lanes.

Police said Mitchell passed 13 vehicles in about 20 seconds over a mile of southbound I-15 near the Hill Field Road exit in Layton, Utah.

In other videos, Mitchell is seen passing cars in the median on the interstate, passing cars on the right shoulder, using right turn lanes to go straight through an intersection and crossing the double white HOV lane lines.