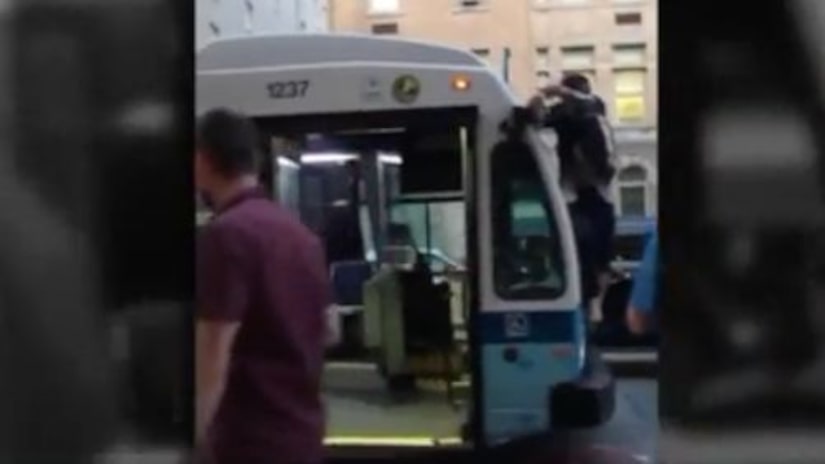 NEW YORK CITY -- (WPIX) -- Video shows a man clinging to the top of an MTA bus near Union Square, stabbing at the bus with something, being yanked down and then being restrained by New Yorkers.

Despite the crowd yelling that the man had a knife, police said he did not have a knife but was striking the bus with a blunt object.

A witness who shared video with PIX11 said the man blocked the M15 bus, so the driver told the man to move.

"He started slicing up the bus then acting crazy," the witness tweeted.

NYCT Subway replied to the tweets. "That looks insane!," they tweeted.