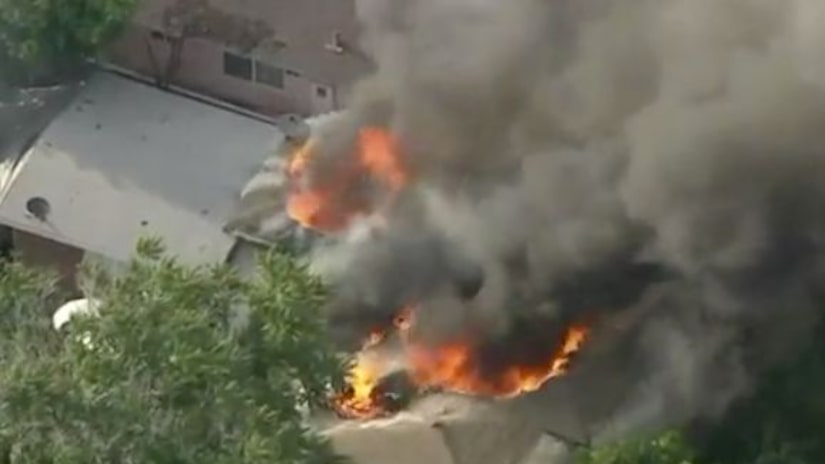 SAN GABRIEL, Calif. -- (KTLA) -- Authorities shut down the 10 Freeway in San Gabriel as a SWAT team dealt with a barricaded suspect who had already fired shots in a residential neighborhood before being found dead on Thursday afternoon, authorities said.

The San Gabriel Police Department first reported the incident about 1:30 p.m. in the area of Saxon Avenue and Brighton Street.

"The suspect has fired multiple shots," according to San Gabriel spokesman Jonathan Fu.

Aerial footage from Sky5 showed flames emanating from the home about 5 p.m. as armored SWAT vehicles held positions just outside.

A shirtless man could be seen running out of the burning home and into the porch of a neighboring home minutes later, where he could be seen seemingly trying to use tools to break open the front door of the home and rifling through the trunk of a car.

A fire ignited on the porch of a second home about 5:45 p.m.