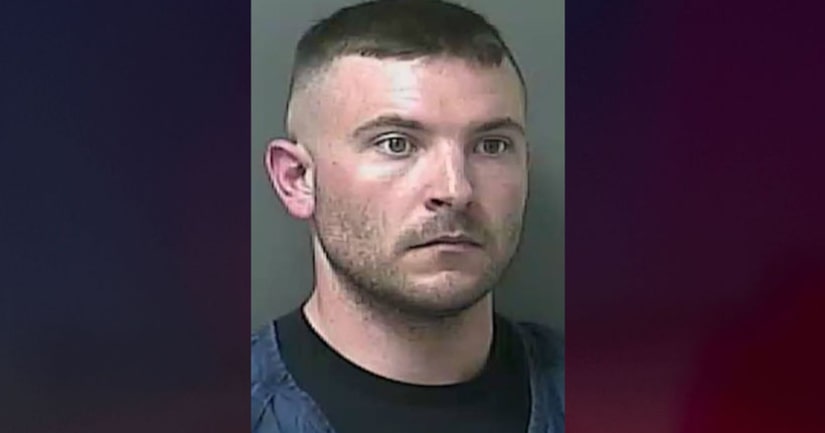 KOKOMO, Ind. (WTTV) -- An Indiana state trooper has been arrested on intimidation and harassment charges.

The Kokomo Police Department issued a warrant for the arrest of 28-year-old Edward Titus, an Indiana trooper assigned to Grant County.

The charges stem from Titus' behavior toward his ex-wife and her boyfriend. Per a probable cause affidavit, his ex-wife told police that Titus threatened to kill her boyfriend and flee to a country where he could not be extradited.

She told police that Titus has texted her photos from her boyfriend's home during the winter, which showed her boyfriend's cars and snow on the ground. She also said that Titus blamed her boyfriend, who she claims has been clean for the last 15 months, when her car was broken into and her purse and prescription medicine were missing.

Titus' ex-wife also told police that he pushed her down and broke her phone at Indiana University Kokomo, and that campus police initiated a report.

In addition, she told officers of a time when Titus found them in a church parking lot and confronted her boyfriend. When police asked if Titus has harmed her boyfriend, she told them he had not.

On May 28, police say they used a digital recorder to record a phone conversation between Titus and his ex-wife. According to the affidavit, Titus repeatedly told his ex that because of her, he no longer believes in God, and that she has broken him down to the point that he does not care what happens.