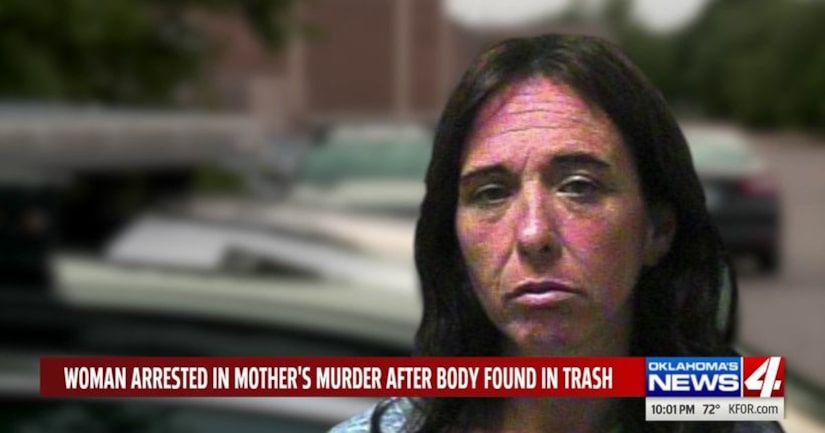 OKLAHOMA CITY (KFOR) -- A metro woman's body was found stuffed in a trash can, and the person accused of the crime could be the victim's own daughter.

"She was a good person,” Kelly McNeary said. “Rhonda was my friend. She loved everyone.”

Rhonda Jones has been missing for nearly three weeks.

“If it is Rhonda, we can't even have an open casket because of the way the body was found,” Jones' brother Terry Sorley said.

Police responded to a decomposing body found in a trash can in south Oklahoma City on May 26.

The remains were wrapped in clothes and infested with maggots.

Officers noticed what they believed to be a person's leg in the trash.

Days before, a neighbor and his young son were playing outside but the foul odor was too much to handle.

The neighbor asked Paulick about the smell. She said, “it must be bad meat and she would clean up her RV” parked nearby.

Police say three generations were living inside the RV, including Paulick, her 7-year-old daughter, and her mother, Rhonda.

Friends and family members tell News 4 Rhonda and her 41-year-old daughter were often at odds.

A neighbor even let Rhonda stay with her during their worst fights.

"She would cry herself to sleep because Deborah treated her so bad,” McNeary said.

MORE: Daughter charged with murder after mother's body found in trash can - KFOR