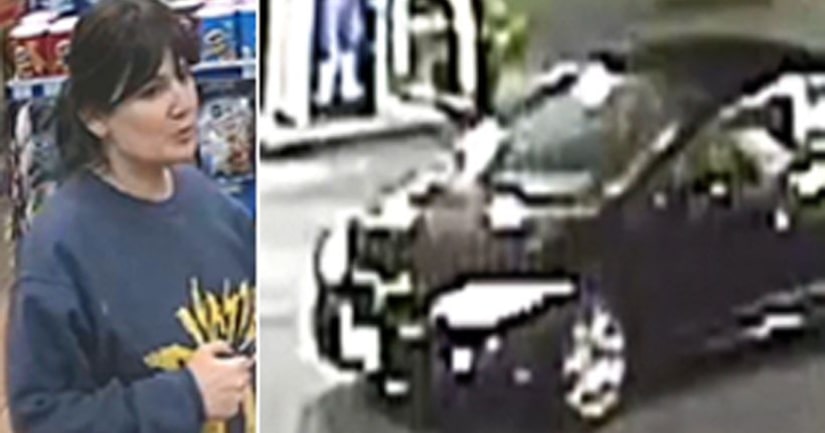 EAST HOLLYWOOD, Calif. -- (KTLA) -- Police on Tuesday released surveillance video amid the search for a female driver accused of seriously injuring a man in a hit-and-run crash in the East Hollywood area last month.

The victim was struck by a dark blue Honda Accord while crossing Hollywood Boulevard near Vermont Avenue around 11:25 p.m. on May 19, according to a Los Angeles Police Department news release.

He told KTLA he was trying to get his friend's SUV across the street when the car pulled out of a nearby gas station and hit him.

"I went over the hood, over the windshield, over the roof, into the air and landed on the ground," said the man, who asked not to be identified. "My friend who was watching thought I was dead."

After the collision, the driver sped away from the scene without stopping to help the wounded individual, according to LAPD.

Paramedics responded to the scene and transported the man, whose injuries were described as "severe."

More than two weeks after the incident, he wore a knee brace on his left leg and was walking with the aid of crutches.