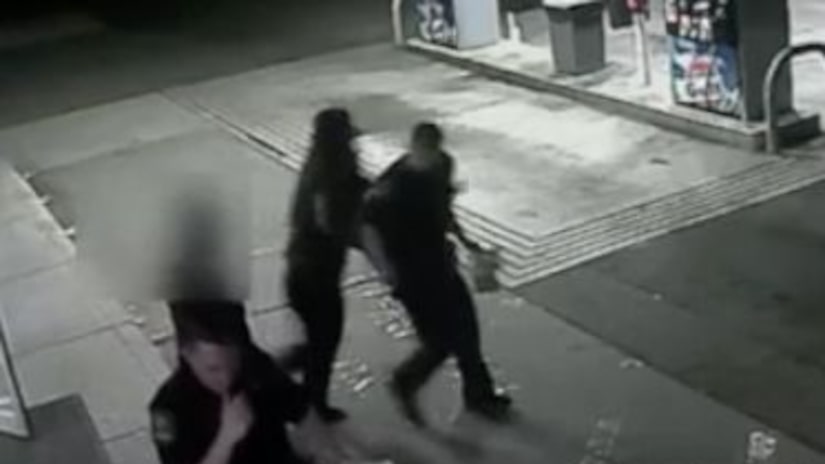 WATERBURY, Conn. -- (WTIC) -- Police said they've arrested a man after he tried to disarm an officer who was holding the door open for him at a gas station early Monday morning.

"Patterson was walking into the gas station from the parking lot," police said in a release. "As the officers continued walking to their patrol vehicle, Patterson attacked and attempted to disarm the officer who held the door for him. Patterson grabbed and tried to rip the holstered handgun away from the officer."