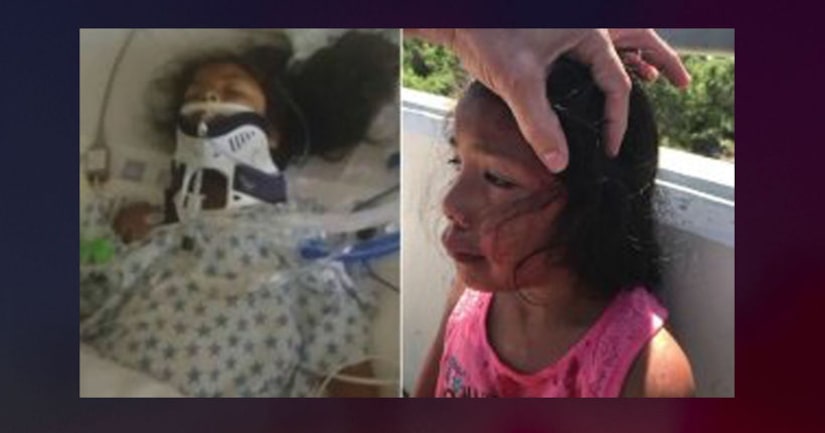 CORONA, Calif. (KTLA) -- Investigators are seeking a person who threw a glass bottle from an SUV in Corona on Friday afternoon, striking a 5-year-old girl in the head and fracturing her skull and collarbone, authorities and family members said.

Karla Zosoyas was walking home from school with her brother and sister on a sidewalk when an SUV passed by heading south, according to police and the victim's family. The bottle was thrown from within.

The little girl was bleeding from her head and nose, said witness Pedro Ruvalcaba, who was passing by and stopped to help.

The injured girl was being treated in an intensive care unit at a children's hospital, family members said. Doctors were working Saturday to relieve pressure in her skull caused by a brain bleed.

"I just remember looking down and seeing my little sister on the ground," sister Maria Zosoyas told KTLA.

"I feel really bad for her. She's such a young age and she has to suffer through this, and she doesn't really know what's happening fully," the sister said.