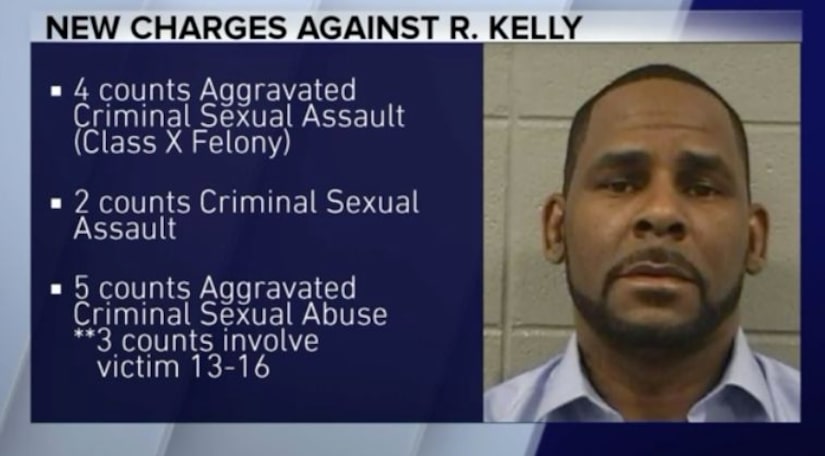 Some of the charges carry a maximum sentence of 30 years in prison, making them the most serious against him.

Earlier this year, Kelly, 52, pleaded not guilty to 10 counts of aggravated sexual abuse pertaining to four women, including three who were minors at the time the abuse allegedly occurred. The abuse in question is alleged to have occurred over roughly a decade, starting in the late 1990s.