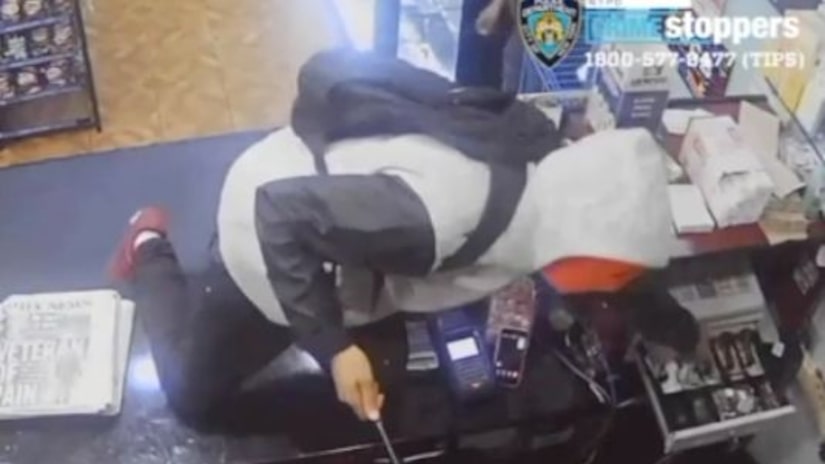 NEW YORK CITY -- (WPIX) -- Police are searching for the man who robbed a SoHo pizzeria at knifepoint.

It happened at the 99-cent Pizza Shop along Canal Street and West Broadway late Thursday.

Rifat Shobo, an employee at the shop, told PIX11 the man had a knife and threatened him to open the register.

“He came in, face was covered, and he jumped on the table and broke the register and took the tip jar,” he said.

The man got away with the store's tip jar, police said. It contained about $20.

Detectives have secured surveillance video from the pizzeria to see if he's the same person wanted in a string of similar hold-ups.