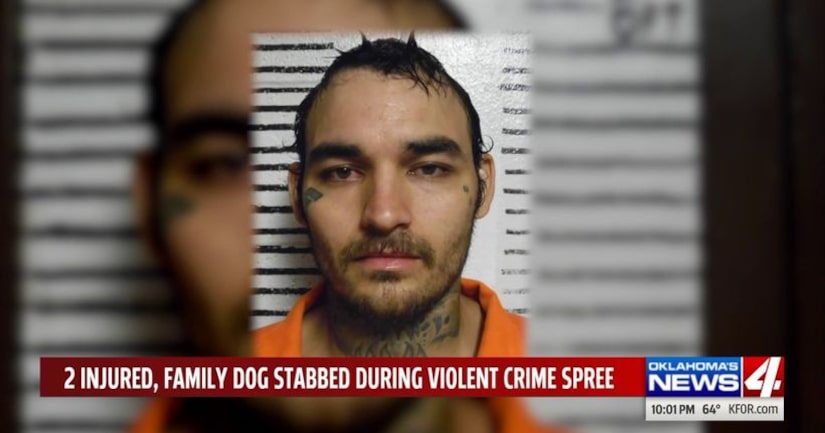 PAULS VALLEY, Okla. (KFOR) -- A man in Pauls Valley was arrested after allegedly stabbing a man, a dog and then strangling his girlfriend.

“I saw Buddy's feet all bloody and then I just saw him walking to right back there and then he just bled out right there,” said 9-year-old Haidyn Thompson, who found her injured dog in her backyard.

The 13-year old golden retriever mix named Buddy died in his own backyard after he was caught in the crosshairs between Pauls Valley police and a man who was trying to get away from them.

Police said 26-year-old Deane Jones was on the run after allegedly stabbing someone earlier that same day. Officers spotted him walking down a neighborhood road on the east side of town.

That's when Jones came across Buddy. The dog's owners said Buddy wouldn't hurt a fly and may have even been trying to greet the intruder when he was stabbed to death.

Haidyn was the one who found Buddy.

“I started bawling because it was said. I didn't want him to die because he was our best friend,” Thompson said.