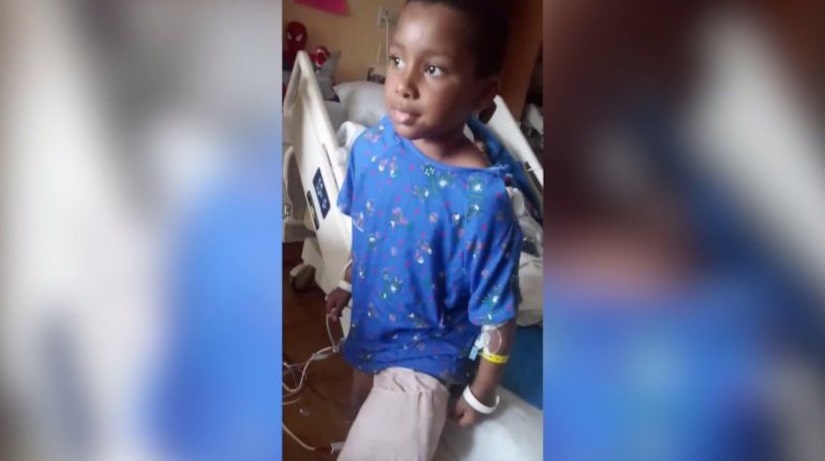 MILWAUKEE (WITI) -- A 7-year-old child shot while sleeping in a car in Milwaukee needed most of his left leg amputated. After several surgeries, Kamirion Smith's mom said Thursday, May 30 he's shown strength and courage in face of tragedy.

"My son, he didn't deserve it. He's a strong one," said Delilah Tate, Smith's mother.

"Seeing him in the beginning and seeing him now is a traumatic change," said Tate.

Smith was shot May 16. He had eight surgeries and remained in the hospital Thursday.

"We were going home. An altercation broke off, and there goes the gunfire," Tate said.

Prosecutors said Simone Downer opened fire on the vehicle Smith was sleeping in after an argument with the driver.

"Why shoot at a car? Why even do this? Whatever your reason was, you should have left it alone," said Tate.

They stray bullet hit an artery in Smith's left leg, which had to be partially amputated.

MORE: 'I don't deserve this': 7-year-old boy shot in Milwaukee forced to have leg amputated - WITI